Are cell phones hurting the next generation?

22 Jun Are cell phones hurting the next generation?

Posted at 8:49 am in by Kristen Curran-Faller 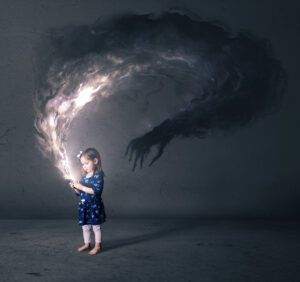 A recent article on CNN was about government-run camps to treat teen internet addiction in South Korea. After reading the article, I thought what a fantastic idea. I wonder how many parents think their kids are addicted to their cell phones. The South Koreans may be on to something.

According to South Korea’s government, in 2018, 98% of South Korean teens used a cell phone.  The article mentioned a 16-year who, after spending 13 hours straight on her cellphone, signed herself up for the camp. Her phone gave her continuous entertainment, and when she got bored, she moved on to the next video or game. She felt detached from reality when on her phone. Her grades were slipping, and she fought with her dad about her phone usage daily.

The camps are for children between the ages of 10-18 years old. These 12-day detox programs focus on getting teens involved with activities that include arts and crafts, sports, and even scavenger hunts. They also include one-on-one, family, and group counseling sessions to discuss their phone usage. They have the kids practice mediation for 30 minutes before they go to bed.

Parents my age (40-50 years old) remember a time when we spent much of our downtime outside, talking and hanging out with our friends, going to the movies, or watching TV with our family. We had to find ways to entertain ourselves. My son attends band camp for one week every summer. There is no cell connection at the camp. Kids are forced into keeping themselves occupied with activities and forced into conversing with one another.

I look forward to this one week a year that my teen is cell phone free for seven days. It makes me think that the US may need to take a page from the South Korean handbook on internet addiction.